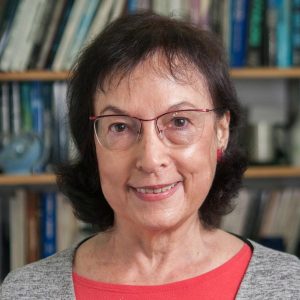 Prof Erez was the recipient of the 2005 Israel Prize for Management Science, in recognition of her research in management and organizational behavior and her contribution toward integrating psychology and management. In 2002 she received an award for Distinguished Scientific Contributions to the International Advancement of Applied Psychology. She also received a number of best papers and best symposia awards from the Academy of Management. Prof Erez’s research areas are: work motivation, cross-cultural, global organizational behavior, and innovation. She has authored two books, edited three books, and published around 100 journal papers and book chapters. She has advised about 100 graduate students, and some of her doctoral students are now faculty members in various universities in Israel. Prof Erez appears among the most cited authors in the field of management, 1983–2004 (Podsakoff, N.P., et al., J. of Management, 34, 2008, 641-720, Table 9).

Prof Erez received fellowships from the Japan Foundation and from the Japan Society for the Promotion of Sciences to study Japanese Management (1987 and 1988). She was invited as a visiting scholar to the Chinese University of Hong Kong (1994, 2004), to Hong Kong Polytechnic University (2012, 2013), and to Sun-Yat- Sen University in Guangzhou (2014).