William “Bill” Davidson (1922 – 2009) was an American businessman and philanthropist.  A native of Detroit, Michigan, he had a love and respect for the State of Israel that grew out of the efforts of two generations of his family before him.  He believed that for Israel and its economy to remain strong, the country needed bright, entrepreneurial business leaders with an understanding of global trends and markets.

A man of vision, action and responsibility, Bill Davidson earned international acclaim for his business acumen and skilled corporate leadership.  He served as President and CEO of Guardian Industries Corp., which he transformed from a small, struggling family company into one of the world’s largest manufacturers of architectural and automotive glass and exterior plastics for vehicles.  He was an innovator, making each of his major plants a profit center responsible for its sales, marketing, production and supply chain development.  At the time of his death, Guardian was doing business in over 150 countries and employed more than 19,000 workers.

Mr. Davidson was also the owner of several American professional sports teams: the Detroit Pistons of the National Basketball Association (NBA), the Detroit Shock of the Women’s National Basketball Association (WNBA), and the Tampa Bay Lightning of the National Hockey League (NHL).  The Detroit Pistons won the NBA World Championship three times during his ownership.  In 2004 he became the only owner in U.S. professional sports history to have his teams win an NBA Championship, a Stanley Cup hockey championship, and the woman’s WNBA Championship in the same season.  His sports honors included election to the Naismith Memorial Basketball Hall of Fame and selection as an inaugural inductee into the Michigan Jewish Sports Hall of Fame.

Mr. Davidson was one of Michigan’s, Israel’s, and the Jewish community’s most notable philanthropists, responsible for more than $200 million in donations to local and international charities and universities in his lifetime.  He made transformative philanthropic investments with trusted leaders and organizations, including those which led to the establishment of the Davidson Institute of Science Education at the Weizmann Institute of Science, the William Davidson Institute at the University of Michigan, the William Davidson Graduate School of Jewish Education at the Jewish Theological Seminary of America, and the Davidson Visitors Center and Archeological Park in the Temple Wall area of the Jewish Quarter in Jerusalem.  In 1997, the Council of Michigan Foundations honored Mr. Davidson for his lifelong philanthropic efforts locally, nationally, and internationally.  After the “Yom Kippur War” in 1973, he was awarded the Prime Minister’s Prize for outstanding philanthropic support of Israel.

Mr Davidson passed away at the age of 86 in 2009.  His is survived by his wife, Karen, and his children, Ethan and Marla, as well as five grandchildren.  Along with the William Davidson Foundation, his family continues his commitment to philanthropy in Israel and around the world. 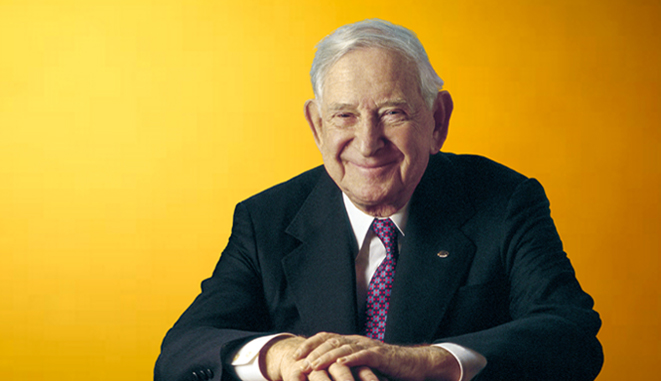