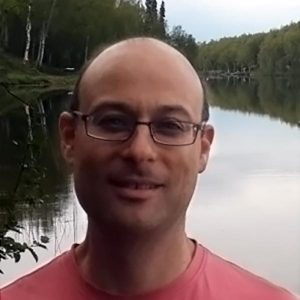 Ron Lavi is an associate professor at the faculty of Industrial Engineering and Management at Technion. He joined the faculty in 2006, after completing his Ph.D. in Computer Science from the Hebrew University, and after conducting post-doctoral studies at the California Institute of Technology. His research focuses on topics on the border between Computer Science and Economics, and in particular on ways to design auctions and other economic mechanisms over the Internet. His works represent a successful integration of economic models with computer science analysis methods. He has published in top economics journals as well as in top computer science conferences and journals. Ron has consulted for several major companies on issues related to auction design, including Google (2008), Microsoft Research (2011–2012), and Yahoo! (2012–2013). During the years 2013–2015, he was on sabbatical at UC Berkeley. In 2009 he received an Outstanding Paper Award for a paper presented at the 10th ACM Conference on Electronic Commerce. In 2012 he received an Award for Research Cooperation and High Excellence in Science (ARCHES)—a prize funded by the Federal German Ministry of Education and Research, via the MINERVA foundation. In 2013 he received a Marie-Curie IOF Fellowship from the European Commission for research.