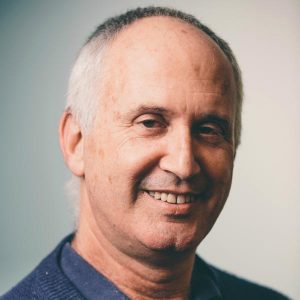 Moshe Tennenholtz is a professor with the faculty of Industrial Engineering and Management at the Technion, where he holds the Sondheimer Technion Academic Chair. From 2008–2014 he was a Principlal Researcher with Microsoft Research, where he founded the basic research activity at the Microsoft Israel R&D center. He is also the scientific director of the Technion–Microsoft Electronic Commerce Research Center. During 1999-2002 he has been a visiting professor at Stanford CS department, where he has also been a research associate during the years 1991-1993. Moshe received his B.Sc. in Mathematics from Tel-Aviv University (1986), and his M.Sc. and Ph.D. (1987, 1991) from the Department of Applied Mathematics and Computer Science in the Weizmann Institute. Moshe served as the editor-in-chief of the Journal of Artificial Intelligence Research [JAIR]; he is also an associate editor of Games and Economic Behavior, Artificial Intelligence, the international journal of autonomous agents and multi-agent systems, and the ACM transactions on Economics and Computation; he served on the editorial board of the Journal of Machine Learning Research and on the editorial board of the AI magazine. He is also the moderator of CoRR for the Comuter Science and Game Theory area. Moshe is a AAAI fellow and a fellow of the society for advancement of economic theory. He is a winner of the ACM Allen Newell Award, a winner of the IJCAI John McCarthy award, and a winner of the ACM/SIGART AA award. He served as program chair of the ACM Electronic Commerce [EC] conference, and of the TARK conference. In joint work with colleagues and students he introduced several contributions to the interplay between computer science and game theory, such as the study of artificial social systems, co-learning, non-cooperative computing, distributed games, the axiomatic approach to qualitative decision making, the axiomatic approach to ranking, reputation, and trust systems, competitive safety analysis, program equilibrium, mediated equilibrium, and learning equilibriוum.